“It has always puzzled me that so many religious people have taken it for granted that God favors those who believe in him. Isn’t it possible that the actual God is a scientific God who has little patience with beliefs founded on faith rather than evidence?” — Raymond Smullyan 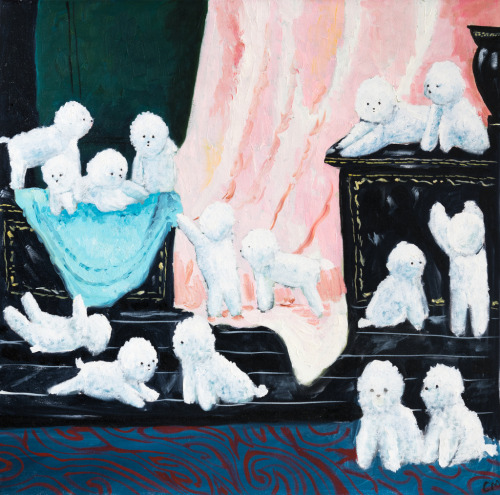 Questions you can ask about compensation
Wednesday March 18th, 2020 at 7:47 PM

Talking about pay is hard, and a lot of the time it feels like it boils down to “hello I would like more money please?”. But it’s totally possible to have a conversation about compensation without asking for more money at all!

When trying to understand (and let’s be honest – increase!) my pay, I’ve found it really useful to first understand the processes around compensation at the company I work for. Here are some questions you can ask. Your manager can probably answer many of these, but your colleagues might know too!

If you’re negotiating a job offer it can also be useful to ask about signing/relocation bonus and details about the stock options.

company policies can vary a lot

The reason this blog post is “questions to ask” and not “how compensation works” is that different companies have VERY different compensation policies. At some companies you can ask for a raise and just get it if you make a good case, and at other companies there are very strict rules about the salary bands for each level. And everything in between, and then apply that to every axis of compensation (salary, bonuses, equity, paid vacation, benefits). Regardless of what the “best” compensation policies are, it’s good to know what situation you’re in exactly.

And be careful of assuming you know the answers already!

why this is useful

If you know when and how decisions about compensation are made, it’s easier to figure out where to apply pressure, either individually (by making a case for yourself) or through collective action (by making specific demands as a group for something to be changed).

Many have expressed skepticism re my last post on controlled exposure. So let me see if I can’t communicate my intuition more clearly, so we can all examine it more carefully.

Assume we have a virus like COVID-19, highly infectious and substantially deadly, not blocked or cured by any known or soon-coming treatment. It takes up to 2+ weeks from exposure to death or recovery, and advanced medical resources like ICUs can cut death rates. Even with unusually strong quarantine efforts, COVID-19 currently seems to be escaping from its initial region and nation, doubling roughly every week. Even if that growth rate falls by a factor of three on average, it will reach most of the world within a year.

At which point roughly half of the world who isn’t immune gets infected over a perhaps two week period. Medical resources are completely overwhelmed, so ICUs save only a few. And the world economy takes a huge hit; for perhaps months before that point most workers have stayed home from work in an eventually futile effort to avoid exposure. At the worst possible moment, food, trash, cleaning, heating, and cooling may be scarce, increasing the fraction of sick who die.

To deal with this crisis, there are two key kinds of resources: medicine and isolation. With limited medical resources, including medical workers, we can treat the sick, and cut their chance of dying. We also have a limited set of quarantine resources, i.e., places where we can try to isolate people, places that vary in their health support and in their rate of infection leakage in and out. If we put the more likely infected into stronger isolation, that slows the disease spread.

First, consider a policy that prioritizes immediate-treatment. This is a common priority in our medical systems today. Each day, medical and quarantine resources are devoted to the individuals for whom they seem most most-effective in keeping that person alive over the next few days. So hospital ICUs hold the patients whom ICUs can most help now. And the best quarantine locations are allocated to the apparently not-infected at most risk of dying if infected. (Such as the old.) Workers are allowed to stay home from work if they think that will increase personal safety.

In this scenario, medical and critical infrastructure workers may not be given priority in quarantines or medial treatment. So medical workers are culled earlier than others due to their extra contact with the sick, and most medical workers may be sick or stay home near the peak of the epidemic, which is a pretty sharp peak. Most workers in critical infrastructure may be home then too, and may have been there a while. Worse, by allocating isolation resources according to a risk of dying if infected, a treatment-focused policy does little to slow the disease spread.

Next, consider a policy that more prioritizes containment. This is the usual priority of public health today facing a new contagious disease. Here more people become more isolated, and the best isolation resources are allocated much more to those most likely to be recently infected, not to those most likely to die if infected. Efforts may be made here to isolate medical workers, even if that results in worse individual treatment.

This priority can make sense given a substantial chance that the disease can be stopped from spreading beyond an initial area. Even if spread seems inevitable eventually, a containment priority also makes sense if that policy makes an effective treatment substantially more likely to be found before this disease spreads to most everyone. Or if more medical or isolation resources can be created in the extra time. Hope springs eternal, and it feels good to assume the best and act on hope.

But what if there is little hope of containing or treating the disease before most everyone is exposed? And what if getting sick and then recovering often gives someone substantial immunity to the disease for a period? After all, if everyone is constantly exposed, the recovered quickly get sick again, and this infection has high mortality, then death is coming soon no matter what. So we must hope for some immunity.

For this situation, consider a policy that prioritizes long-term treatment-resources. Most everyone will be exposed within a year or so, and unless they are immune they will get sick, at which point their chance of recovery instead of death should depend on medical resources, and critical infrastructure, at that time. So this policy seeks to create a pattern of isolation, and possibly deliberate exposure, to increase the average resources available to help people recover when they are sick.

The obvious problem here is that the above scenarios can have a pretty sharp peak in infection rates, overwhelming medical resources at that point in time. And workers who stay home also threaten the availability of other critical infrastructure resources. Yes, if containment slows the rate of growth of the disease, it also spreads out the time period of peak infection by a similar factor. But that could still be pretty short period.

Relative to the containment policy, this long term resource policy would seek to move the time of infection of many people from near the peak, to substantially earlier than the peak. Moving to later than the peak is not possible, if we’ve been containing as much as possible. And the obvious way to infect people earlier is to directly expose them, on purpose.

Of course directly exposing people won’t help spread out the peak if the people exposed are isolated to the same average degree as people are in the containment scenario. That would instead just move the peak to an earlier point in time, and perhaps even make it sharper, by making the disease spread faster. So this long-term treatment policy would have to involve infecting some people deliberately, while giving them much higher than average quality isolation. If their isolation were very good, then they’d use medical resources at an earlier point in time when such resources are more available, without adding much to the overall growth of the disease.

Now, if good isolation resources, and medical resources, were already strained dealing with a flux of likely infected from outside, then there might be little point in adding new infected on purpose. But what if there are many good isolated places available not being fully used to deal with folks very likely to have been exposed, and also available medical resources not fully used, what if recovered folks had little risk of infecting others for a period, and what if we were closer in time to the peak than that average period between reinfections? Well that’s when we might tempted to deliberately expose some, and then to strongly isolate them.

One key idea here is to create a stronger correlation between the strength of isolation of a place and the likelihood that people there are infected. Such a strong correlation allows us to create a population of already recovered folks who are at least temporarily immune. And that can spread out the period of peak infection, so that more medical resources are available to treat the sick. And that can cut the average mortality rate, which means that more people don’t die.

People who work in medicine and critical infrastructure seem especially promising candidates for early deliberate exposure. This is because after recovery they become more available to work during the peak infection period. They are not sick then, and are less afraid of being exposed then, making it easier to persuade them to go to work. The other set of promising candidates are those most likely to die without sufficient help, which seems to be men and especially the old.

And that’s the intuition behind deliberate exposure. Its wisdom depends on some parameters of which we are unsure, and may learn more about soon. So it seems clearer that we should think more about such options than that we should pull the trigger to start one now. And there are substantial challenges in organizing such a policy fast enough, and in gaining sufficient public and elite support to allow it. Maybe this can’t work this time, and must wait until another big pandemic.

But contrary to many loud and rude commenters lately, this option isn’t crazy. And within the next year we may come to see and suffer the full consequences of not working harder to spread out a pandemic peak of maximum infection and medical need.

Added 2p: The obvious easy win policy solution (given that key assumptions hold) here is just to make it easy for people to volunteer for (1) exposure to virus, (2) strong 24 day quarantine, (3) medical help while there, (4) regular checkups afterward. Create a place where people can go to do this, an easy way to sign up legally, and pay to expose and house them there. Maybe even pay them extra if they work in medicine or critical infrastructure. (Btw, as such an option isn’t now available, and I don’t work in critical infrastructure, it wouldn’t help society much for me to just “go infect yourself”, as many have suggested in so many colorful ways. And as I don’t own my family, I can’t volunteer them.)

Billionaire’s spending scaled to your net worth by Nathan Yau
Saturday March 7th, 2020 at 9:39 PM

For The Washington Post, Michelle Ye Hee Lee and Youjin Shin made an interactive that instead looks at the spending as a percentage of net worth. The purchases suddenly seem less crazy (sort of).